The empowerment you need to be free B-Temia Inc.
creates, designs
and manufactures

We help people maintain and regain their autonomy in mobility, and undoubtedly, their quality of life.

Over the last years, our team has been pushing the boundaries of the biomechatronical technology towards a new area of applications named “Dermoskeletics”, gathering every single element of the robotics science and the artificial intelligence knowledge.

With these 10 years of sophisticated work, we have been able to develop a new generation of walking robots and concretize the accessibility of such medical devices for people suffering of neurodegenerative diseases, orthodegenerative conditions and musculoskeletal injuries.

For commercialization for such high-end products, two locations were chosen for the manufacturing, Quebec City (Canada) for the North-American and the European markets and Chongqing (China) for the Asian market.

We know how to follow the human mobility because we master advanced AI and biomechantronical interface; THIS IS WHO WE ARE.

We are expert in Dermoskeletics. We know how to interface AI-based devices with human body. We master the integration of walking robots with human mobility. We just know what we do because each member of the team has decades of specialized expertise in the field of wearable robots for mobility disorders.

We spent years to the assessment of the human gait in every aspects of life. Therefore, we know how to read it and how to analyse it. We have built a specific knowledge about how to interact with user’s mobility, all for the benefit of people losing their ability to walk.

We are human-based engineering experts who dedicate their career to the autonomy in mobility.

Since 2017, B-Temia has been closely collaborating with its Asia-based partner “Wistron Corporation” on a corporate level, for the manufacturing of B-Temia’s products, and for the commercialization of Keeogo+ on the Asian territory through B-Temia Asia, a joint-venture duly constituted between the both companies in November 2017.

Since 2016, B-Temia has leveraged the opportunity to team up with the largest defence & security contractor worldwide “Lockheed Martin” for the development and the maturation of the B-Temia’s dermoskeletal technology for military and industrial applications, against the growing problem of musculoskeletal injuries affecting dismounted soldiers and workers in hazardous and heavy duty environments. 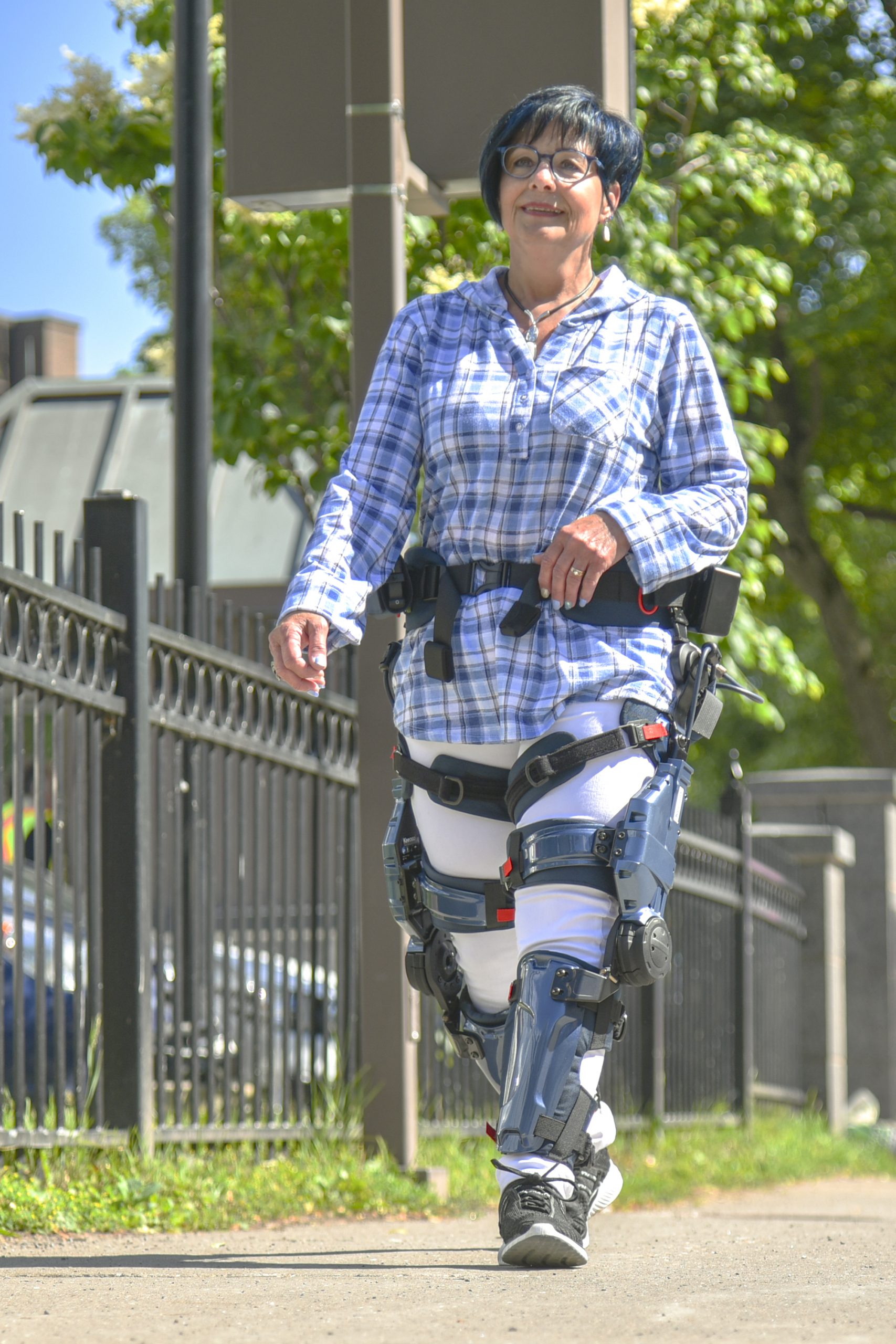 For most of our clients, Keeogo+ is a game changer in their life. Many times clinically proven with peer-reviewed clinical studies, Keeogo+ brings rehabilitative and training effects while being used in a rehabilitative environment. Used for daily activities in the community, Keeogo+ improves the quality and the quantity of your mobility. You simply can walk longer and better, day after day.

Wear Keeogo+ on a daily basis and you will see that friends and people around you will start to change how they see you. They will stop asking “What can’t you do anymore?” and will start asking “WOW! WHAT CAN YOU DO AGAIN?” when they see you with Keeogo+.

We provide our clients with complete customer service. We assist them both virtually and in person. When a device is to be returned for maintenance, we provide the client with a curtesy device. We also provide training to clinics using our products.

Over the years, B-Temia has established business entities in specific countries to optimally reach most of the world population. Today, we have entities operating in the following countries.